Kim is overwhelmed and delighted at being nominated for the 16th Crystal Boot Awards and to have won 'Beginner Dance Of The Year' for ‘Blue Night Cha’.

Kim would like to thank everyone for nominating her and casting their votes for which she is extremely honoured and sincerely grateful.

Kim is over the moon at being nominated again for the 15th Crystal Boot Awards. She has been nominated for the following categories - ‘UK Female Dance Personality’, ‘UK Female Choreographer’, ‘UK Female Instructor’ and for her beginner dance ‘Blue Night Cha’.

Kim is sincerely thankful to everyone who has nominated her.

Kim has also been invited to teach at the Awards weekend in January 2011 and she is busy writing a new dance for the event.

Kim is again extremely honoured to have been nominated for a Crystal Boot this year in the 'Female Personality' category and for her dance 'Whiter Than White' in the 'Advanced Dance Of The Year' category. She would like to thank all those who voted for her.

Also, Kim was delighted to learn that she has been nominated in the Dancers Choice Awards in the 'Female Choreographer Of The Year' category. Again, her thanks to all those who have voted for her.

Kim has again been bowled over by the nominations she has received in this year's Crystal Boot Awards. She has received a nomination for 'Female Dance Personality', 'UK Female Choreographer' and her dance, which reached the No. 1 slot earlier in the year, 'Inside Out' has been nominated in the 'Intermediate Dance Of The Year' and 'Overall Dance Of The Year' categories.

Kim says "I am honoured and absolutely thrilled to be nominated again this year and would like to thank everyone who has taken the trouble to vote for me. It is such a fabulous thing to receive this recognition for something I just love doing - thank you".

Kim was absolutely thrilled to receive the award for Rising Star and would like to thank everyone who voted for her. She was also thrilled when her dance ‘The Lemon Tree’ won ‘Beginner Dance Of The Year’. She thanks all the instructors who taught the dance and all the dancers who are enjoying dancing it and not least all who voted for it. 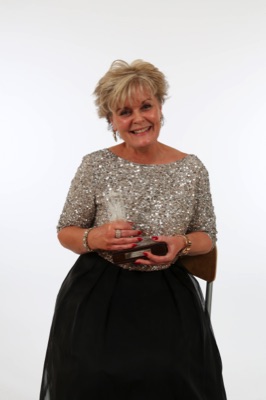